Time to read a glorious weekly recap of the Summer Challenger tournaments that take place each Saturday. Here’s all you need to know.

So, let’s see how the last week’s tournaments turned out.

Our recap begins with the SEA region. And the fights for the first place were tight and explosive! We start this week with IND_Wolves being in the lead since last week. Was CycloneGG just too focused on Brazil? We don’t think so. IND_Wolves showed great gaming two weeks in a row smashing -Xaviers- 2:0 and giving CycloneGG a VERY tough fight in the finals. In the first battle of the finals, it was up to a few deciding points that were won by Ravi Reddy – a Birthday Boy of that day (our best wishes) with a smashing G-launcher Double Elimination. On the second match, the fight was so close, the points were in more sync than a synchronized swimming team.

As a bonus: check out this AWESOME G-Launcher triple elimination by -GHOST- from IND Wolves! Now that is the beauty of luck and true skill combined.

And here are the rankings for the SEA region: 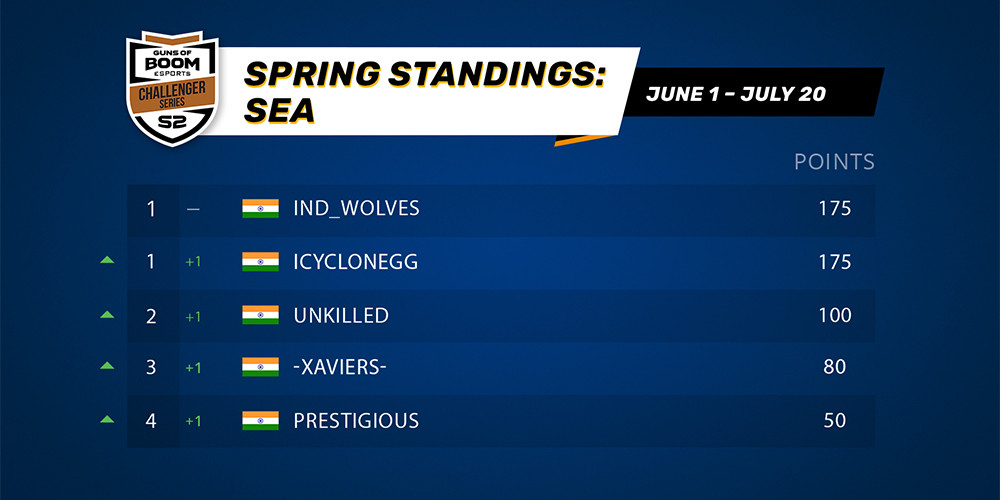 CycloneGG did win this week but IND_Wolves are sure to give them a tough fight in the coming weeks.

One of the most turbulent regions of the season – Europe, is full of surprises, as usual. One of the strongest teams, Lazarus, was pushed to third place by Knights of Honor [JUGG]. JUGG showed a good game before securing a ticket to Gods of Boom Cologne the day after, though they were not able to beat Back to Back in the finals. It seems that ex-Noble are picking up a winning streak: with Nok1a having the highest score in the region and MIGS being the MVP of the week, there is just no stopping them. You can check out all of their points and numbers right here.

Can they hold it up? Time will show. Here are the rankings: 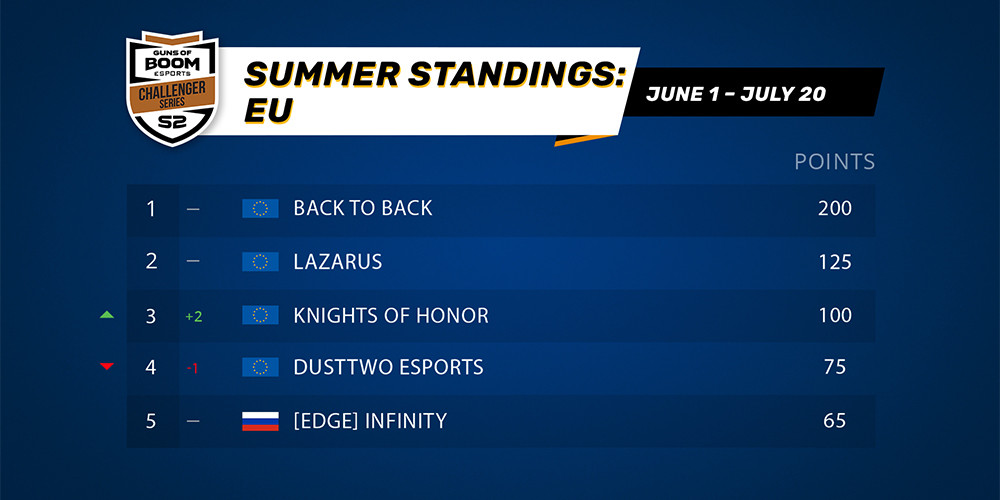 It was a close fight for the finals this week. We opened up with Impact Gaming against Broken: the clash of our star-crossed power-couple Gentricks vs Emily. However, Impact prevailed with no problem -- 2:0. Eanix also dominated EPIC with no issues and ended the game at 2:0. So finals are the traditional battle of Impact vs. Eanix. Eanix started out strong taking the first match, but Venom was not going to let that slide. The guy almost single-handily took the second match, stacking up over 330 points for himself with 16 eliminations.
Venom, Gentricks, and Corrupt are the three leaders in the KDA department this week, with Venom taking the highest score. Ariel also gets his moment to shine, landing a triple elimination in the last deciding match and swaying the game in Impact Gamings favor.

So here’s where the rankings stand for this week: 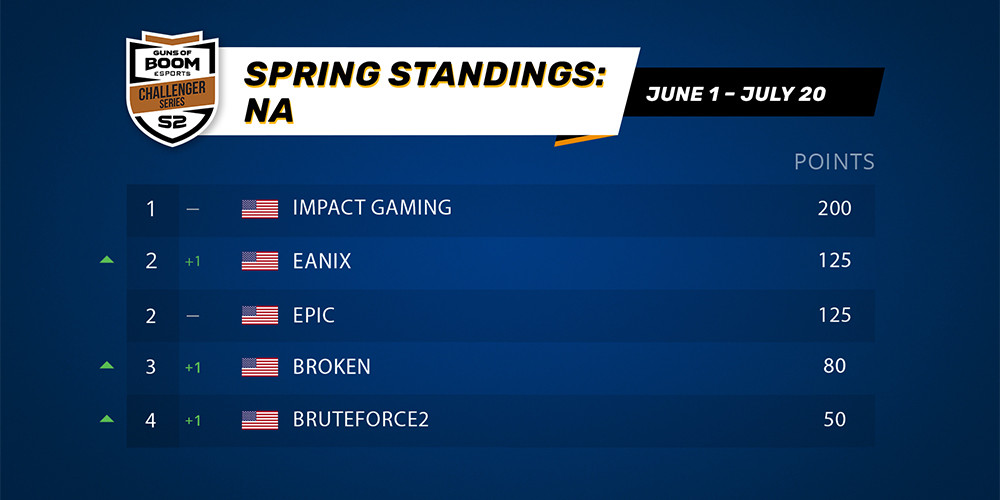 We can start with congratulating team GIGA – they got signed up with ZETA ESPORTS, they took the third spot this week and their player that goes by the nickname DUKE NUKEM shared the best score of the weeks with PH KILLER from SHARKS BR, gaining 1778 points each. SHARKS BR showed a strong game, landing in second place, and even taking one map from Brazukas in the finals. But the most dominating team in the region still prevails.

And here are the rankings: 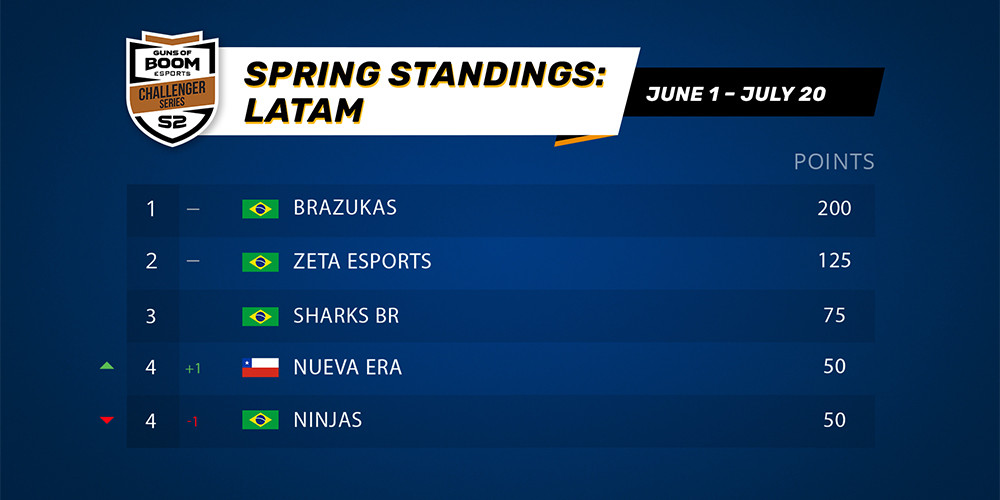 Want to become a part of the Summer Challengers? You still have a chance! Register to participate in the tournament! These are the last Challengers of the Season 2 with the overall prize pool of $500,000. To find out how to join, read this.