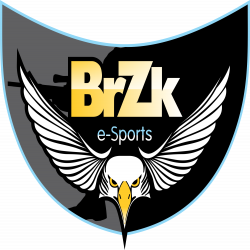 A new team from Brazil that’s left no chances for their opponents from Latin America. The guys secured a place in the Pro Series one week before the qualifiers ended.

GUIPACHECO
Considered the best strategist of LATAM.
He played competitively on a cell phone with a broken screen for 1 year. He changed it after the third week of Season 2 LATAM.

R O T A
He is God’s punishment. And if you hadn't committed such serious sins, God wouldn’t have sent you punishment like him.

FOX WIZARD
He remembers it as if it were yesterday, looking for a mobile shooting game and finding Guns of Boom. He started during the Lunar event (it happened in 2017) and it was kind of love at first sight.

BLACK
Eagle-accurate sniper.
For a soldier to love his weapon, he should understand it and know it won’t betray him.