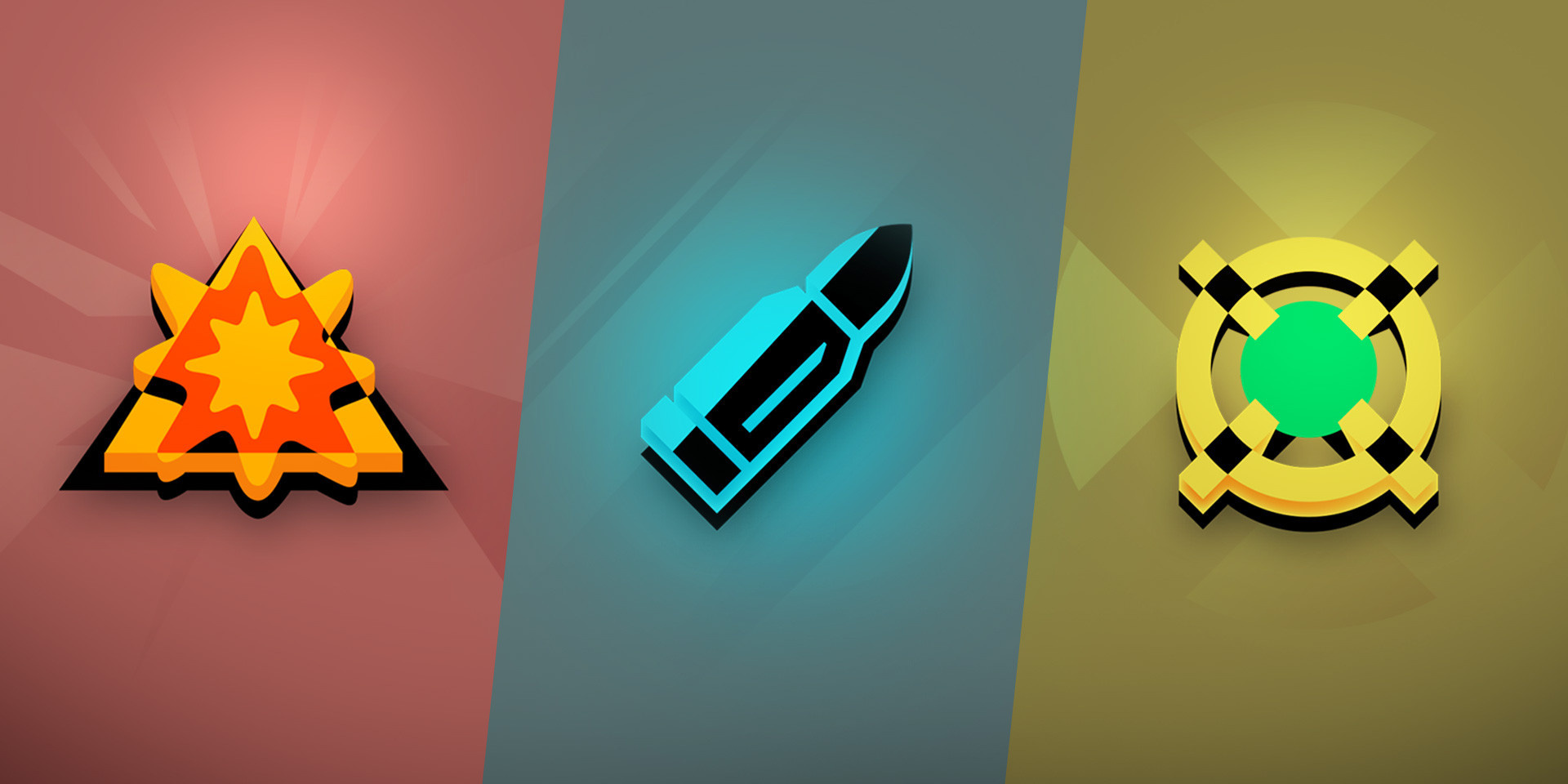 Some time ago we announced major core gameplay changes, and we’re ready to present them to you in all their glory - meet specializations! This new feature allows you to create special character builds for specific game situations and scenarios.

Basically, since the release of the game, all players were universal gunslingers who could wield all types of weapons at the same time. From now on, you get to decide what you’ll be doing on the battlefield and how you plan to do it before you leave the spawn room. Gods of Boom is becoming deeper and more tactical.

One more thing before we jump into the specifics of specializations - changes in the gameplay required us to make certain changes in the balance as well. You can read about the updated weapon stats right here.

There are a total of 3 specializations: Assault, Sniper, and Support. We’ll take a close look at each of them below, but for now, let’s talk about some common features. Each specialization takes up one of your loadout slots: you get the first slot for free, and you can unlock more with in-game currency. There’s a total of 5 possible slots for all your builds.

Specializations have certain limitations. For instance, you can only use 2 main weapons in each loadout, and you cannot use the same weapons in different loadouts - each has to be unique. Specializations also define the equipment you can and cannot use. For instance, the E.Y.E. helmet can only be used by the Sniper, while the Cheetah pants will only fit the Assault. The pistols and knives can be any - no restrictions on those.

You can switch between specializations right in the game when you’re waiting to spawn after being eliminated. So if you see that your Sniper isn’t working out like you wanted to, you can always choose to continue fighting as Assault or Support.

You can get perks for leveling up, taking part in special in-game activities, and opening special perk crates. Perks can be upgraded just like weapons, so leveling up your favorite abilities is a good way of spending resources. You can learn more about the specific perks of each specialization in their respective sections below.

The name is kind of self-explanatory. Assault players are the boots on the ground that deal close-range damage and usually define the frontline of the battle. They’re the backbone of any attack or defense. Weapons: Assault Rifle + Shotgun

Below is the table of available Assault perks and their effects. N means that the number is not fixed, 'cause it becomes higher as you upgrade the perks.

If you’ve got steady hands, sharp eyes and can keep your cool, this might be a specialization for you. Snipers prefer to keep their distance from the action, but they do some of the most important work with their perfect aim shots and sneaky plays. Weapons: Assault Rifle + Sniper Rifle

Below is the table of available Sniper perks and their effects. N means that the number is not fixed, 'cause it becomes higher as you upgrade the perks.

Like the mid-range and don’t like committing too much with a shotgun in your hands? You’re the perfect Support material - get a big gun, take up position behind your Assault teammates, and start spraying lead left and right! This is by far the most trigger-happy specialization out of all three. Also, a lot of perks focus on consumables, powering them up. Weapons: Assault Rifle + Machine Gun

Below is the table of available Support perks and their effects. N means that the number is not fixed, 'cause it becomes higher as you upgrade the perks.

So, how does one start playing with specializations? First of all, you need to create a loadout. To do this, tap the button with the three lines next to the Arsenal button in the lower left-hand corner of the main lobby. You’ll see a window with your character in the center. Below, there’ll be 5 loadout slots: by default you have access to the first one. Choose a specialization in the upper left-hand corner.

Let’s assume you want to create a Sniper. Once you select a specialization, your choices of weapons and equipment will be limited. You can choose one Sniper Rifle and one Assault Rifle for your main weapons, a helmet, a vest, and pants. After that, you can select a pistol, a knife, and some consumables to fit your playstyle. Last but not least, you can assign a perk to your character to further enhance your performance in battle. Each loadout can contain a maximum of 4 perks which you take to battle.

That’s it - you’re ready to go! Don't forget to check out special Specs challenges in the game!

If you’re having trouble understanding how this new stuff works, there’s a ton of people on Discord and Facebook ready to help you sort things out. Reach out, don’t be shy. See you in battle gunslinger!