Back to news
Noble turns the tables at Kick-off 2019 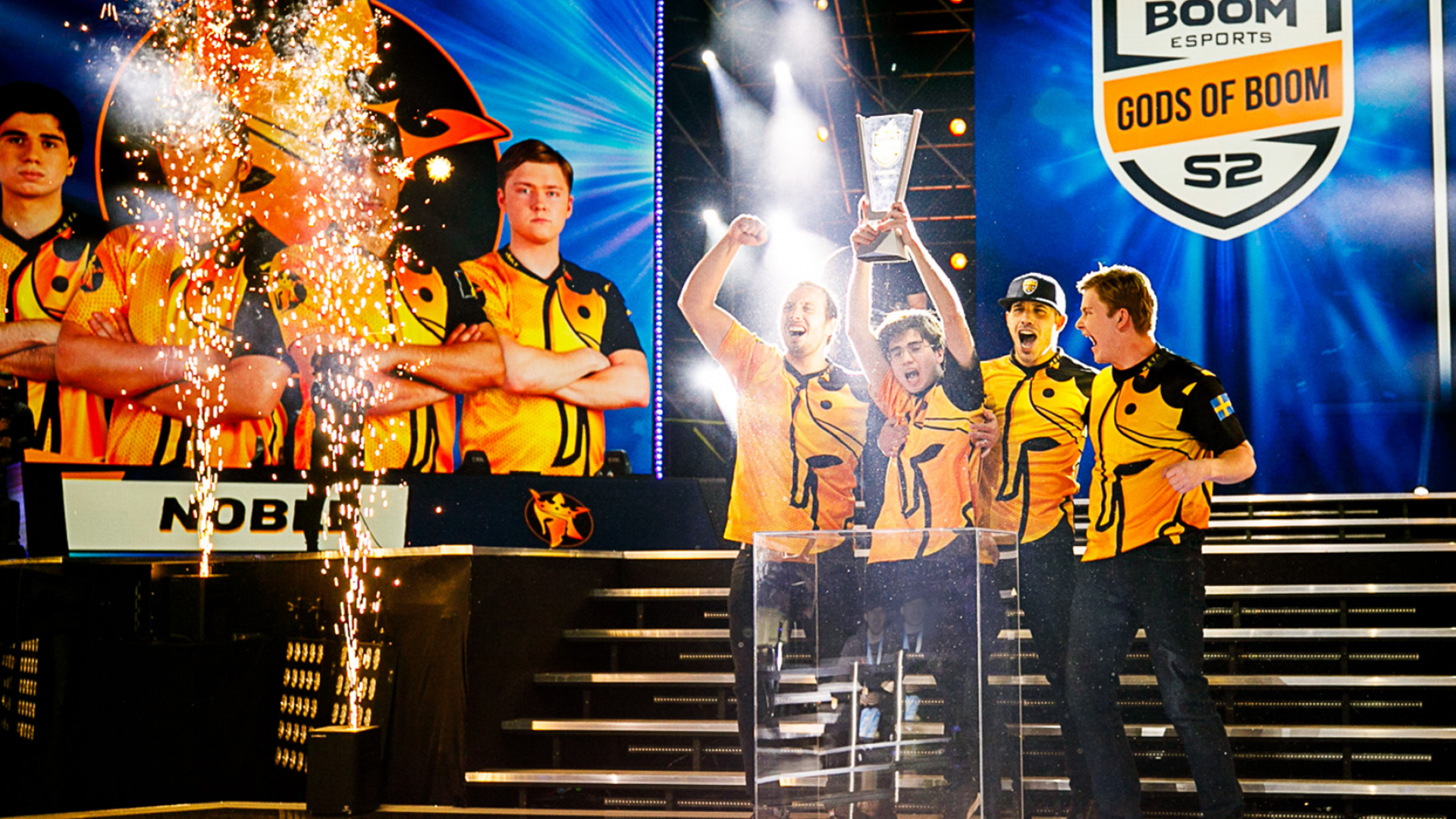 During the first eSports season, the two teams proved their skill and entered the grand finals of both live events, Europe Invitational and Season One Final. Both times Lazarus gained the upper hand in the struggle... Yet, the cyber athletes did not give up; they were training hard, and after receiving the direct invite they clashed again with their old foes on the main stage of Spodek Arena in Katowice, Poland, at the Gods of Boom Kick-off 2019 event. This time their efforts were rewarded: Noble won with a lopsided score of 4:0 and thus made history as the winners of the first mobile esports stadium event. They received the prize of $40,000 and earned themselves a slot at the summer Gods of Boom event. Lazarus got $10,000; to take part in the summer tournament, they will now have to qualify for entry in the Challenger Series and gain victory in one of the Pro Series events.
Now that was a fantastic start to the second season! Watch the recorded stream and follow us: things are going to get even cooler!