Guns of Boom is taking on the final frontier — this season is all about cosmic adventures and space exploration! Strap yourself in and get ready for 61 day of out-of-this-world activities. Needless to say that the space-themed season calls for space-themed cosmetics! We’ve prepared fantastic masks, costumes, and emotes that will take you to another dimension.

We've finished reworking weapon archetypes. Changes made to shotguns and sniper rifles were tested on PTS 29.0 and are now available in the game:

After we reintroduced the weapon readiness time parameter, we received countless requests from our community to tweak the stats for some shotguns, so we did:

We have changed the mechanics of interaction with the pistol. Now, in the settings, you can choose one of the modes – manual or automatic. In manual mode, the pistol works by tapping the button on the screen. In automatic mode, things work as usual. Also, now you can disable the pistol altogether.

Bear in mind that the following actions will interrupt the activation of the pistol when it’s in manual mode:

In this update, the visuals of a large number of weapons were significantly improved.

Two camping spots on the map are no longer available. This should make the overall gaming experience in this location more dynamic. 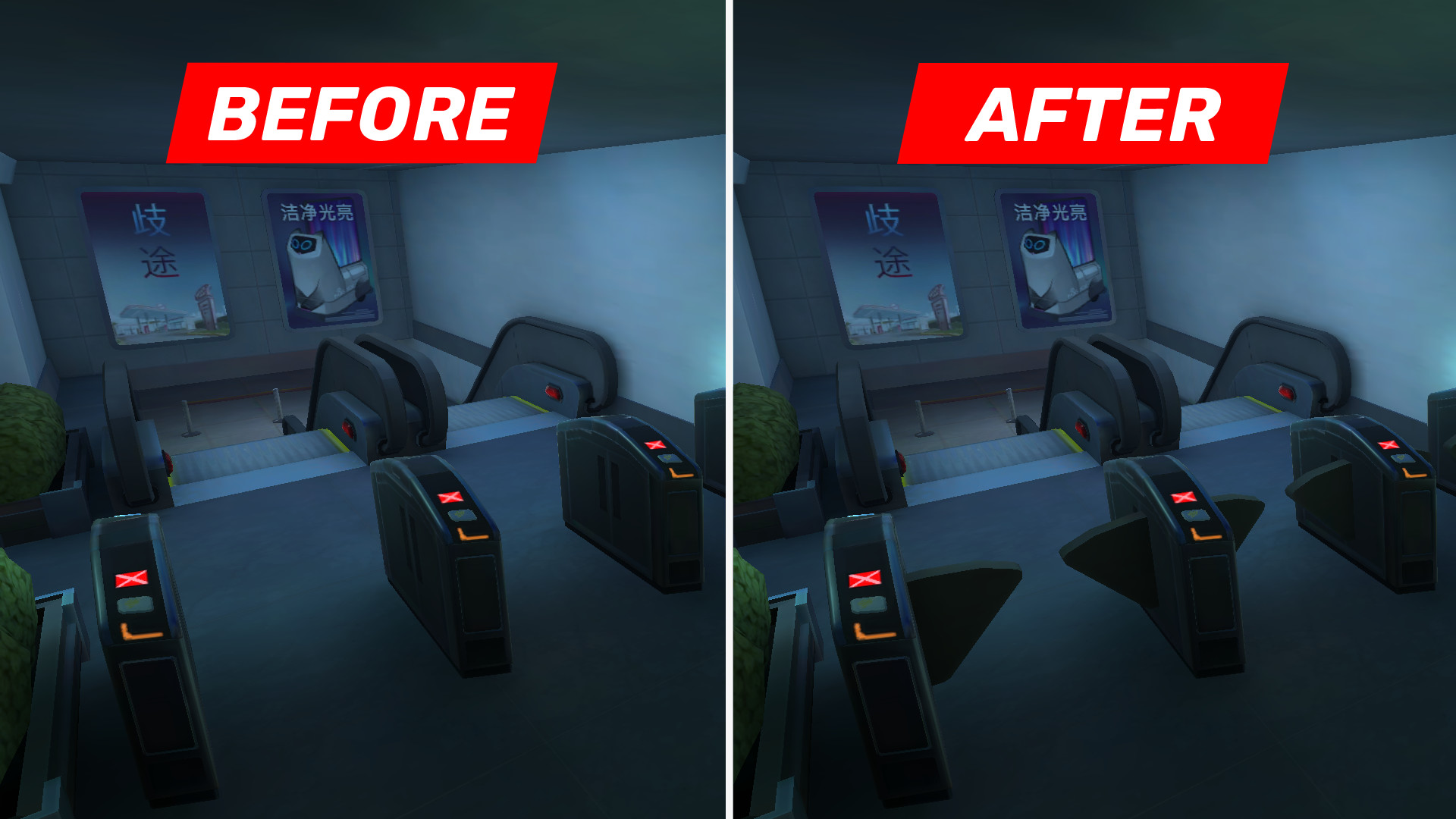 After the testing, we looked through your feedback and decided not to make control buttons on smartphones smaller. In this version, controls are back to their original size, except for the aim and knife buttons. We have resized them so that all control buttons on the screen are the same size.