Travel to incredible Asia and celebrate the Lunar New Year in style! Get ready for amazing activities, unusual stylish customization, fun-charged brawls, and offers fit for real tigers. Stay tuned for more info: soon we’ll share the details in the Schedule and on our official pages!

We’ve done a ton of work on Machine Guns and their behavior to bring these guns back into the game’s meta.

Developer commentary: Right now, Machine Guns don’t get all the attention they actually deserve, but these changes should help them become the support weapons they were designed to be. Make sure to check them out – they feel completely brand-new!

We’ve improved the mechanics of Flashbangs and Gecko pants — from now on, you can avoid getting blinded just by turning away from the grenade blast.

Developer commentary: We decided to make the Flashbangs more intuitive. Instinctively, we all try to look away from extremely intense flashes of light, but in our game, it worked wrong: instead of giving you an advantage, it disoriented you even more.

Whenever you switch a weapon, there’s a certain period of time that needs to pass before you can fire the newly equipped gun. By default, it was 0.3 seconds for all weapons, but due to a bug, it was reduced to 0 seconds. We’ve returned the standard delay for all weapons and tweaked this parameter on some Shotguns. 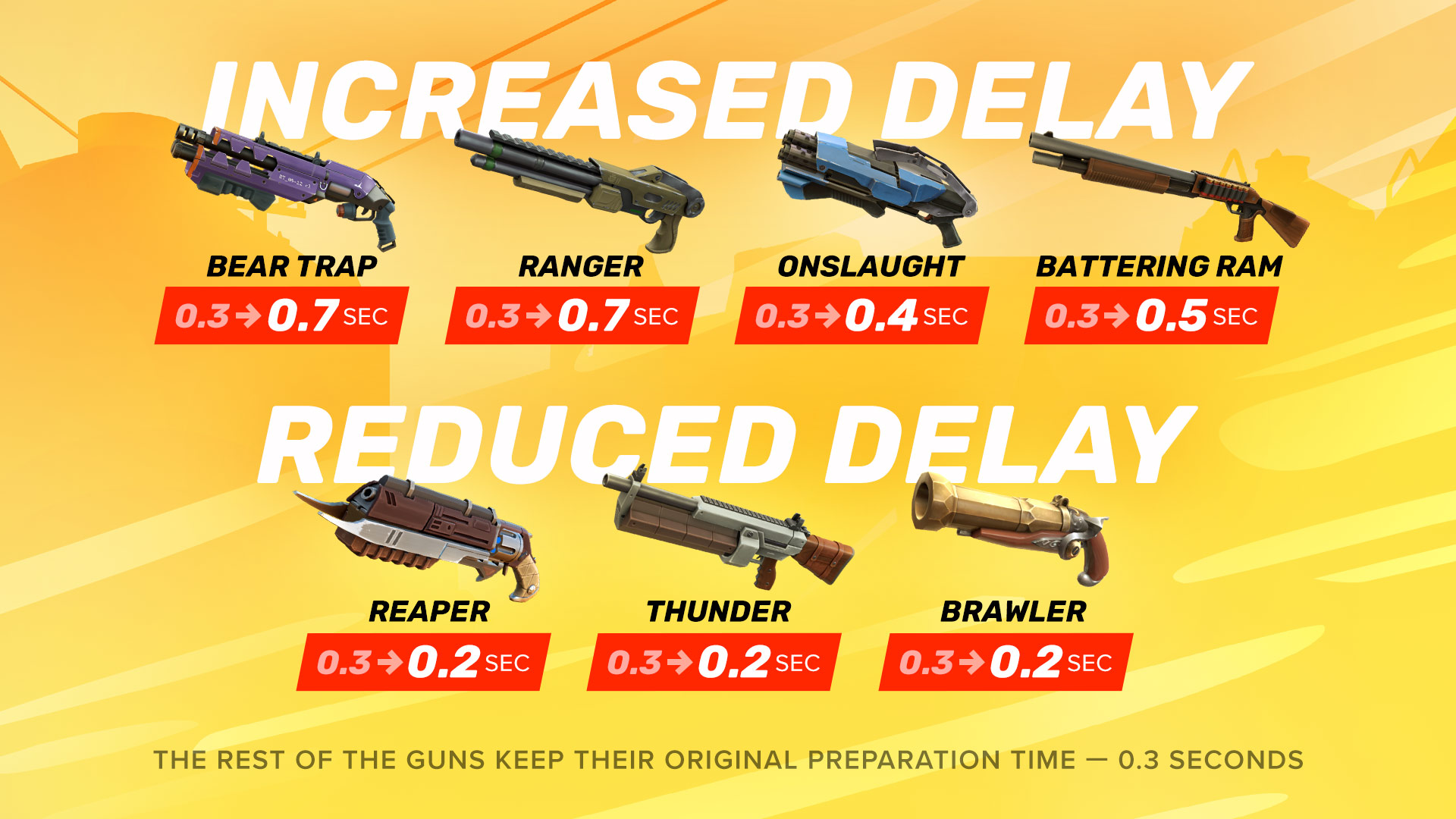 Developer commentary: We noticed that some weapons increased their win rates. For example, the Bear Trap had a win rate of 60%, which is much higher than other similar weapons. The gun’s fire rate is 50 rounds per minute and the delay between shots is 1.2 seconds, while the knife animation takes only 0.5 seconds. That allowed gunslingers to reduce the time between shots more than twice simply by tapping the knife button. Adding the nominal weapon preparation time will prevent players from increasing the fire rate by quickly switching weapons. We will keep an eye on this stat in future balance patches.

SPEC CHANGES IN THE ARSENAL

To make gun information clearer and easier to read, we’ve replaced the Might specification with Damage, which shows how much health an enemy will lose when hit by a weapon. We’ve also changed Accuracy for Rounds per Minute – the new attribute will clearly show the weapon’s rate of fire.

IMPORTANT: Some guns like Fortuna have special abilities that increase base damage. So, the Damage values in the Arsenal should be considered as base damage, not final damage values. 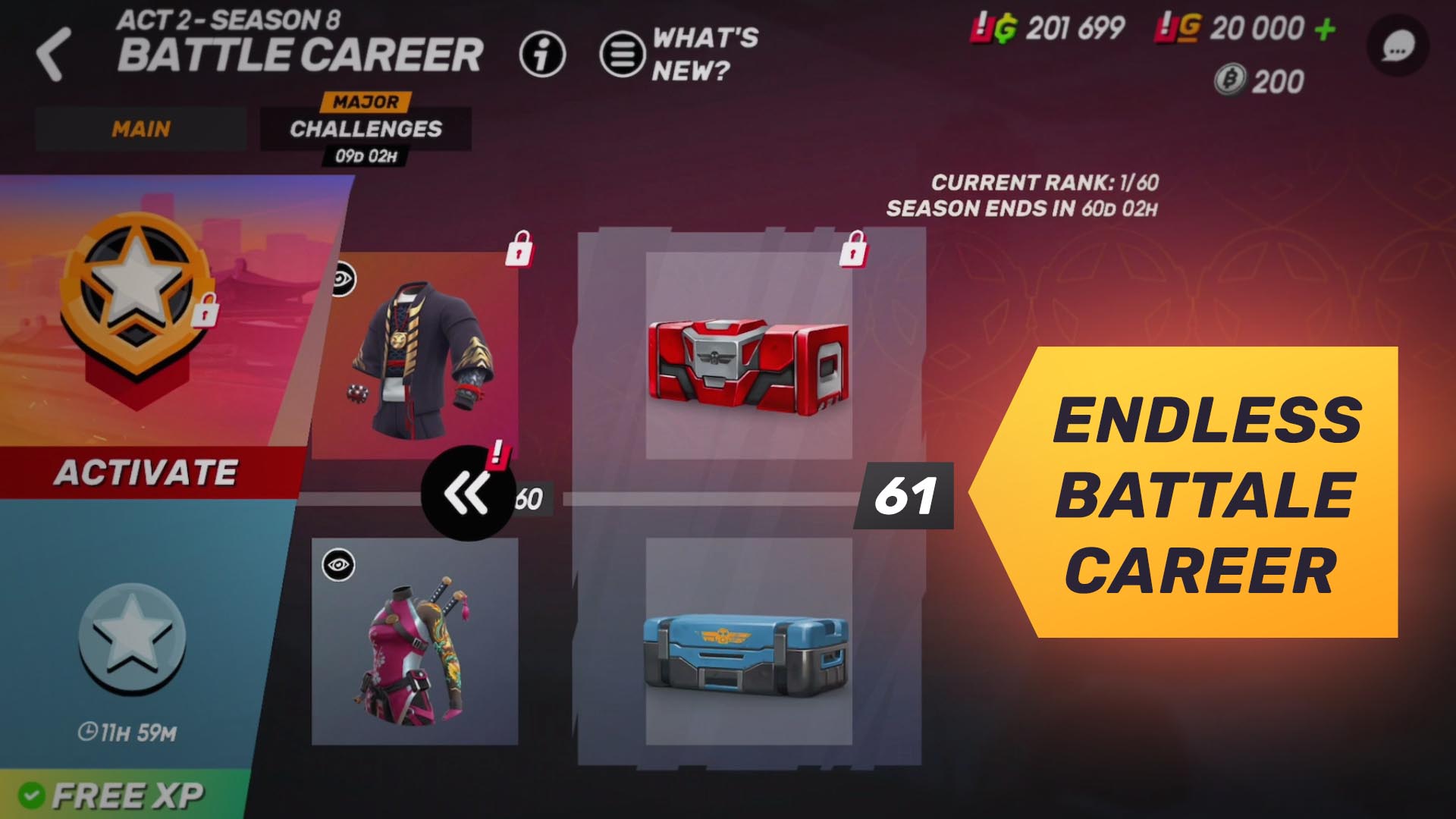 Now, you’ll never run out of rewards in Battle Career! Upon reaching rank 60, you continue receiving regular and elite rewards for gaining experience. Play more, and get more rewards!