GUNS OF BOOM: 4 YEARS AND COUNTING 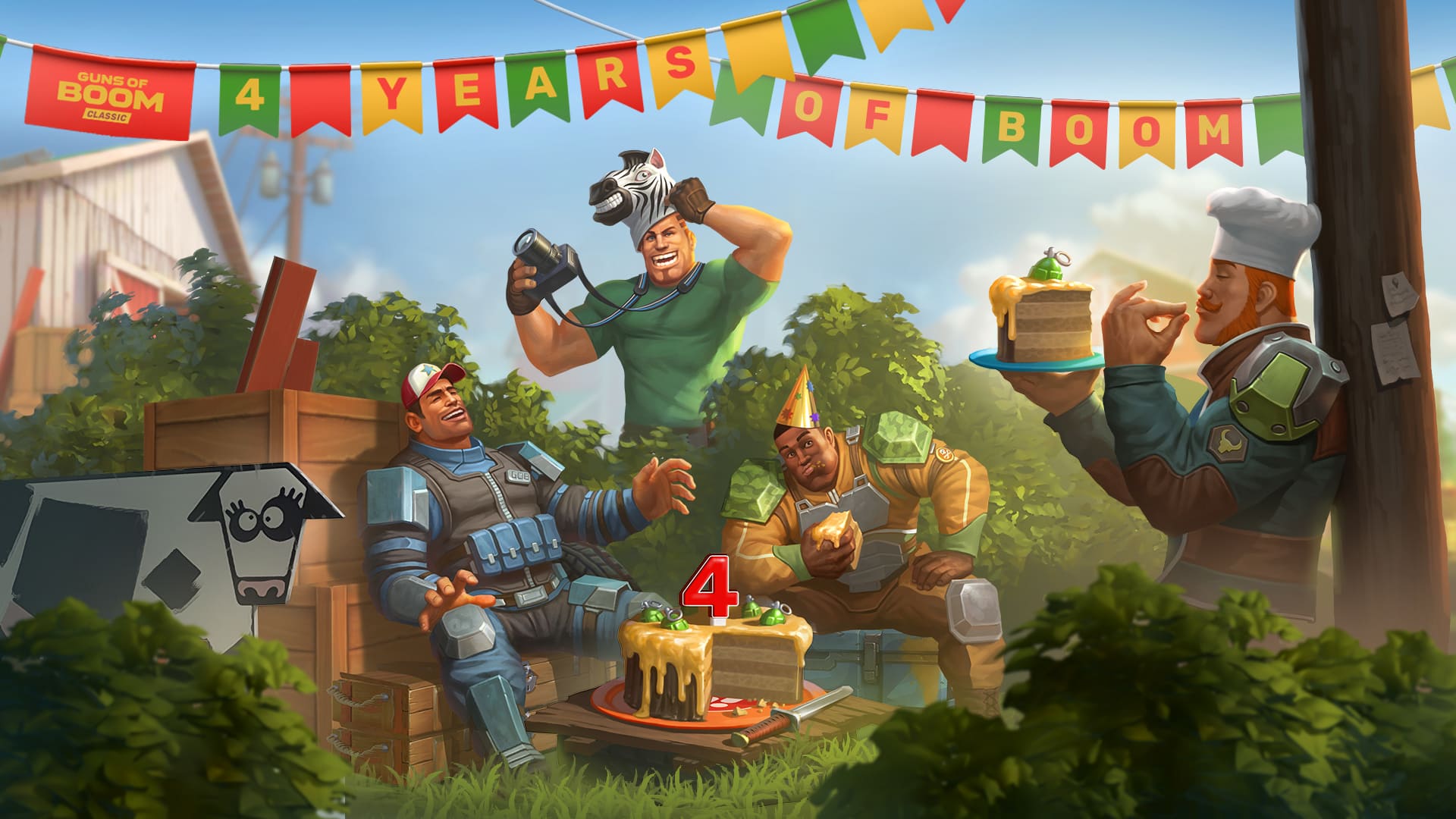 Last week Guns of Boom turned 4, and we won't let you off without a celebration! Get ready for the 2-week Birthday Event with a special nostalgic Game Mode, unusual Holiday Fair with insane amounts of must-have Accessories, and, of course, the Gift Marathon. Go hard with the old-school Guns of Boom, and feel the power of legendary weapons. The event starts on May 27!

In Update 24.0, we increased the number of modes in Global Matchmaking and added the Featured Mode. You sent us a lot of feedback about these changes, so we thought it over and made some changes.

The map Mexico: Church was visually improved, and its name was changed to Mexico: Town Hall. Be sure to visit it and appreciate the renewed surroundings!

Time to put those scraps to good use! We're making several costumes in the Arsenal, upgradeable: Shadow, Assassin, and Astronaut. If you have these costumes, you can upgrade them using scraps that you earn from converting duplicates. Make old costumes shine anew and level up your style!

We’ve added a new type of cases to the game – Community Cases! These will be used as prizes in contests and giveaways, and as rewards for various community activities. Community Cases contain different consumables, Battle Coins, and fragments of rare cosmetics, which you can’t unlock from other cases.

Check out the article on known issues to learn about the bugs you can possibly encounter!